I’ve been mostly happy with my Specialized Epic Carbon 29er except for a few minor niggling things which I’ve corrected over the last year or so.

The stock Formula brakes were not great. Fortuitously I snapped one of the levers off in the first few months and rather than replace just the lever; I fitted Shimano XT brakes on front and rear – they have better stopping power, less fade and are infinitely adjustable. They also use mineral oil instead of the nasty Gycol-based stuff.

The Epic’s stock tires were clearly made for speed above all else – I was never comfortable with the grip at the front. While the bike was having some down-time due to the rear shock getting serviced I added a bit more volume – Maxxis Ikon 2.2 on the back; Maxxis High Roller II 2.3 on the front – the bigger front tire really makes a difference. For what it’s worth – you might just be able to go up to 2.3 on the back and 2.4 on the front . I also went tubeless – I don’t know why specialized fit tubeless rims and tires but also ship with inner tubes – I suspect tire sealant doesn’t travel well and gets a bit messy while in transit.

Another thing I found is that the design of the front QR through-axel means it quickly degrades if too tight to the point where its no longer able to function and you have to use a hex wrench – somewhat negating the idea of a quick release. So I replaced it with the non QR version – the Maxel.

Finally I used the same maintenance window to fit a dropper. Without manually dropping the seat-post – my saddle is constantly butting me in the arse mid-jump – making for exciting nose-down landings. I do realize the Epic is a pure-bred XC bike not a dirt jumper – maybe at some point I’ll buy myself an old beater for the jumps.

Getting the right dropper for an Epic Carbon was a challenge due to i) the 27.2mm seatpost and ii) the shape of the frame which severely limits travel.  The only dropper Specialized will recommend is the Command Post XCP 350mm – which is pricy and only has 3 cm of travel – that’s $15 per millimeter ! I tried the 500mm version but that rode way too high for me and would’ve resulted in a riser; not a dropper.  KS now do a 27.2mm internally-routed  dropper and that might have been a better option but hard to know if the bend in the Epic’s frame would’ve restricted travel. Seems to be a fair amount of trial and error with droppers. Either way, you’ll probably want to have your local bike shop fit it because the internal routing is pretty complicated; but in my opinion – well worth it. 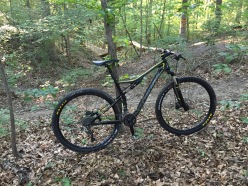 So with these new mods in place I hit the backyard trails before dusk. Nice to have a working auto-sag again (the Specialized / Fox Brain really is a decent piece of engineering) and the front tire running about 30 PSI handled really well – feels a lot more confident.

I hit one of the jump-lines and felt much more in control – no saddle tipping me forward mid-air and the trigger is really smooth – feels natural already.

Feels great to have my bike back working better than ever –  now I’ve got to rack up some miles before it gets too hot and humid ! 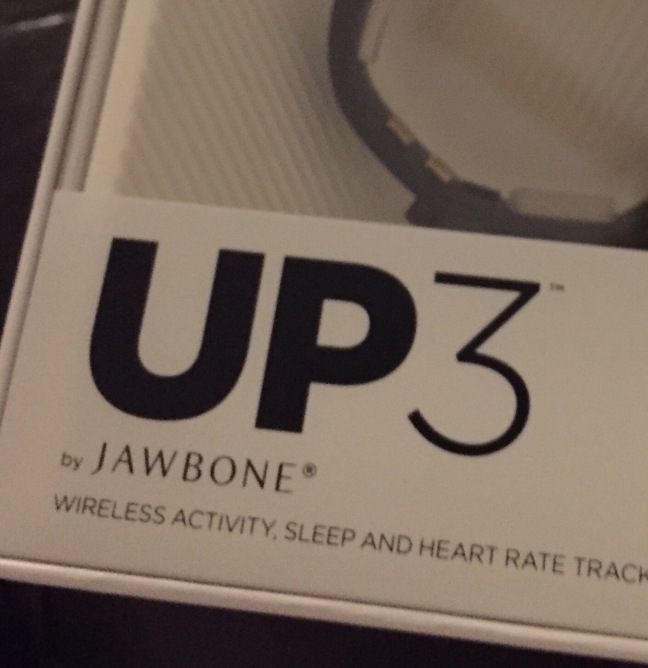 I pre-paid for the much anticipated UP3 band in December 2014, was dissapointed with the release delay and the downgrade from waterproof to splashproof but opted for the discount vs get my money back because I thought it was worth waiting for and worth waiting for Jawbone to get it right. I was dissapointed when my first band failed after just 6 weeks, more so  when the second band failed for exactly the same reason after just 3 months; as did my Wife’s first band after 3 months. After all this I decided enough was enough – I gave Jawbone a chance to explain how they have addressed the expanding case design issue. They didn’t even accept that it was a known issue so I demanded my money back – afer explaing the design flaw to a couple of tech support assistants and one manager I was told they wouldn’t be able to  give me a refund as my original purchase was beyond the 60 day limit and all they could do was send me a replacement. I couldn’t find that time limit easily in their returns policy.

Here’s the thing – the band (aside from previously mentioned design flaw) is very good – it does everything I want in the right form-factor. I think the iOS software is the best on the market in my opinion and they’ve done a decent job of iterating the band software to extend batery life and make sleep tracking easier. Their customer service rocks – they’ve never hesitated to process a return and done it very quickly each time – I suspect practice has made them good at this.

My message to  Jawbone – you can do better than this; you have to do beter than this – it’s a very competitive market. Redesign the band casing / battery, make it waterproof as you orginally claimed and give your loyal but possible reluctant customers and free / cheap upgrade path.